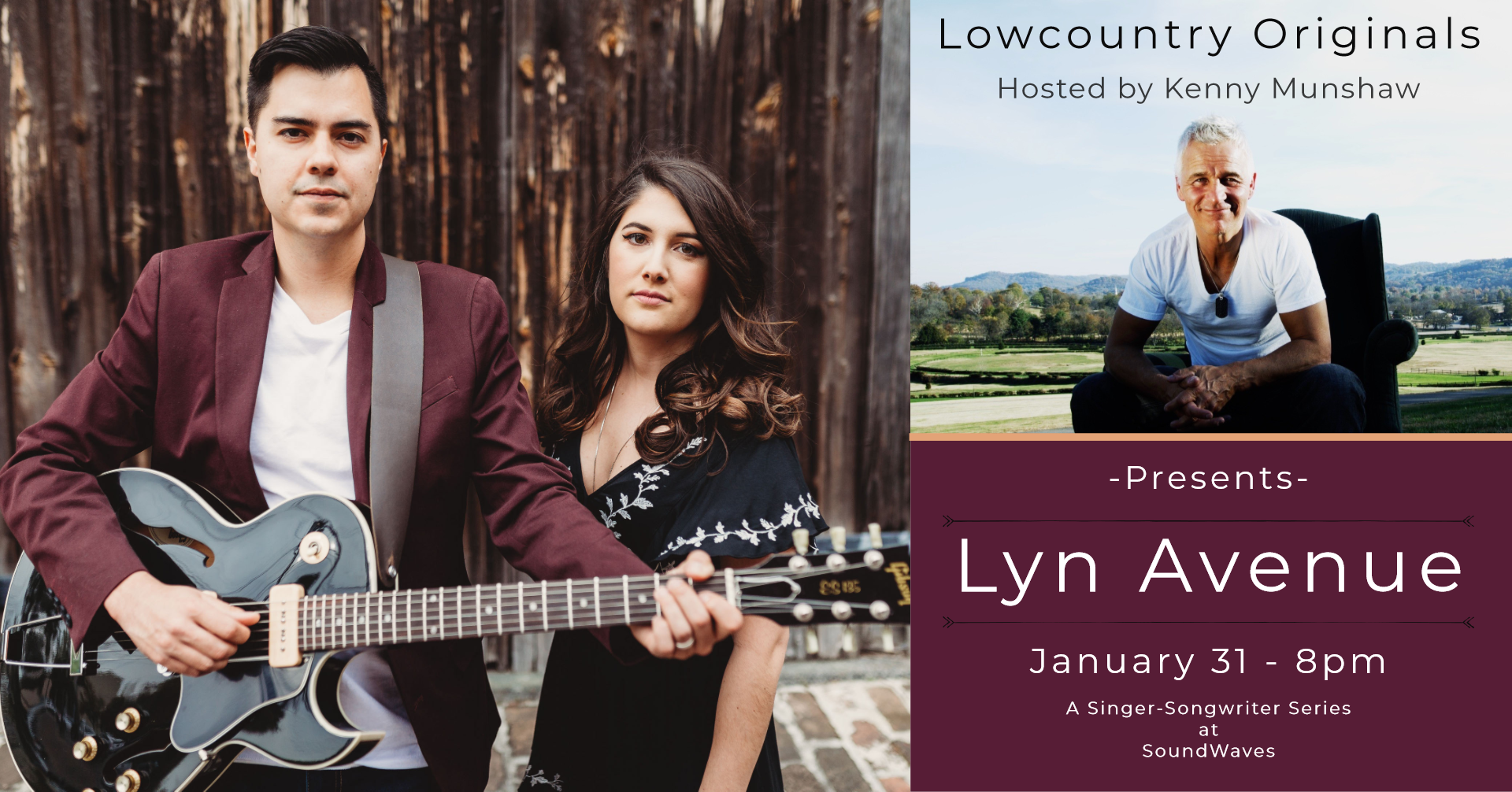 Both born and raised in Savannah, GA, Lyn Avenue is comprised of songwriters CC Witt and Patrick Ellington. Their writing style is rooted in sharp lyricism and memorable melodies, organically blending elements of Americana, Folk and Classic Country with just the right amount of southern charm. There is always a story to be told with Lyn Avenue and you can guarantee that you’ll be wanting to sing along.

In February 2018, Lyn Avenue released an EP titled, “Never Been to Nashville” featuring six songs, including their single “Kentucky Bourbon“, a clever boot-stomping drinking anthem that according to A&R Factory, is an “authentically country song.” The single hit 50,000 views on social media and continues to grow. Since then, Lyn Avenue has toured the Southeast, garnering the attention of fans transcending the limitations of genre.

At the start of 2019, Lyn Avenue hit the ground running, performing in Centennial Olympic Park for Super Bowl LIVE (Superbowl LIII) presented by Verizon. Later that year, Lyn Avenue made their CMA fest debut on the Spotlight Stage in Nashville, TN and was featured on Georgia Public Broadcasting in relation to the Ken Burns’ documentary, Country Music. Lyn Avenue has been nominated for Best Country Band by the Georgia Country Awards for the last 3 years and has received airplay on several local and regional radio stations, as well as been added to regular playlists at Independent Music Promotions (IMP) reaching into over 14 countries. The duo has opened for a number of country stars such as: Chris Janson, Parmalee, Easton Corbin, Lonestar, Jerrod Neimann and others.

Currently, Lyn Avenue has been in the studio recording their third album, a five song EP titled “Sophisticated” which is set to release April 2020.

Tickets are available online for $20 or $25 at the door.
A service fee will be added for all credit card purchases.

Soda, Beer, and Wine are available for purchase.